1. Discount Lando Calrissian with a dash of Billy Ocean thrown in. I met him in a super-cluttered antique shop (where he apparently lived?), and he was – naturally – incredibly debonair. Tried to get me to stay the night, but I was like, “Nuh-uh, Discount Lando, I am NOT that kind of woman.”

2. This nerdy boy people referred to as “the Beast” – not because he was cruel or scary, but because no one wanted to love him. I was paired to marry him in this sort of dystopian match-making society. He had a poor haircut and bad acne, but a kind heart – further driving home the Beast metaphor, I suppose.

3. A blind man of stocky build and black hair. He sold medieval weaponry for a living (I wasn’t playing too much Dragon Quest at the time, nooooo…) and was a total sass. He’d make up nonsense about my physical appearance and say how much he liked it – like claiming I had a tricked-out beehive hairstyle.

4. A male nurse with Kirk Cameron hair. Dream self apparently thought he was hilarious and charming – even when he informed me that he’d peed his scrubs and needed to go wash up in the bathroom.

5 thoughts on “Men of My (Literal) Dreams” 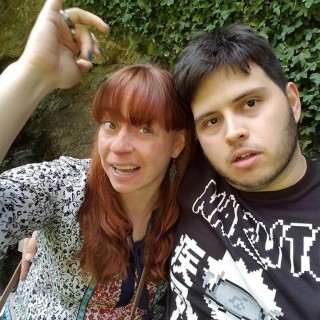